Calviño celebrates the constructive dialogue with banks to freeze mortgages 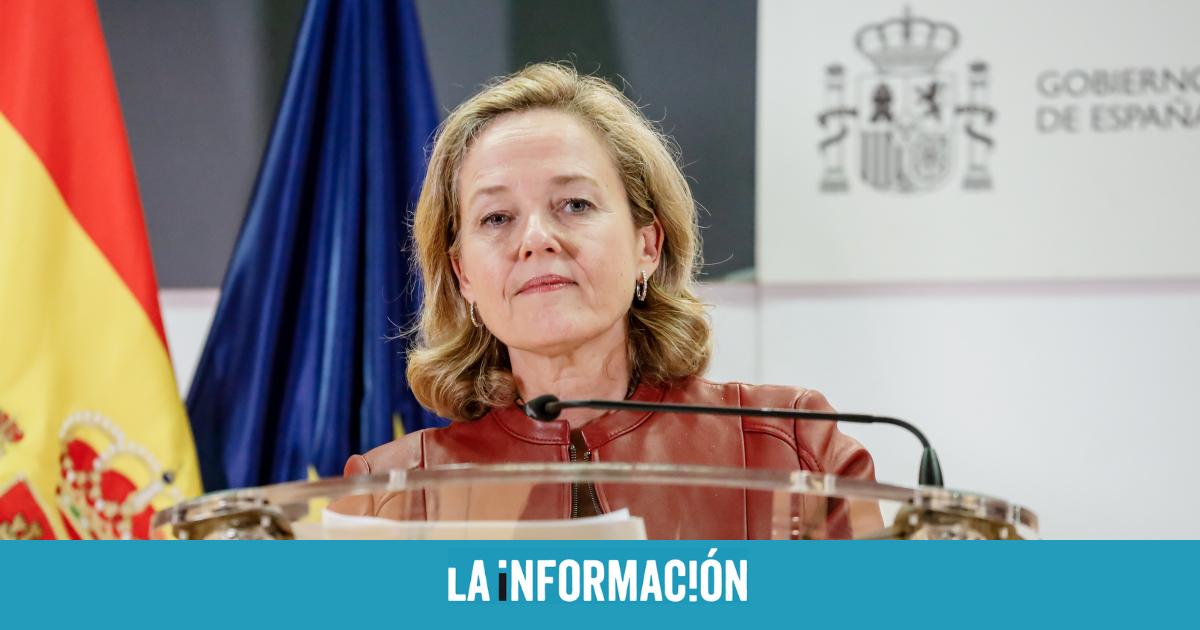 The First Vice President of the Government, Nadia Calviño, highlighted the “constructive” dialogue maintained by the Executive and the banking entities, while celebrating that the sector “understands that this is the time to pitch in” with mortgages. This was stated in an interview in Extremadura Channelcollected by Europa Press, in which he recalled that at the beginning of the year an agreement was reached to a code of good practice for caring for the elderly and with disabilities, with a “more personalized treatment, more care”, and that a few weeks ago an agreement was reached “for the financial inclusion in rural areas”.

Regarding the fuel bonus, which expires on December 31, he stated that between now and the end of the year It will be decided whether or not to extend it.. He also added that “we have to see if it is maintained for the most affected sectors, such as transport.” “We are now seeing how the international energy markets evolve, the effectiveness of this measure and we have to relate the effectiveness of the measures and the fiscal cost”, he explained during the interview.

In relation to the country’s economic situation, he warned that “we have weeks and complicated months” due to the arrival of winter and because “there is a lot of uncertainty derived from the war, but there is some good news”. However, he added that “inflation has already started to moderatedown from 9% in September, and we expect the downward trend to continue in October.”

In addition, he recalled that the Executive has set up “a safety net” that supports workers so that they have “more decent” wages and to vulnerable families, young people and women, and has indicated that “in Extremadura more than 15,000 families receive the minimum vital income, the majority headed by women”.

“TOTAL COMPLICITY” BETWEEN THE GOVERNMENT AND THE BOARD

In addition, Calviño has highlighted that “the complicity between the Government of Spain and the Junta de Extremadura is total” and has shown confidence that Some projects important for the community of Extremadura, such as the battery gigafactory in Navalmoral de la Mata or the layout of the motorway with the Valencian community, go ahead.

“Extremadura is a region that has a pkey role in the energy field for the future of the country. If we have learned anything from this war, it is that we have to reinforce our strategic autonomy, and lithium is one of those essential products for the manufacture of batteries for the automotive sector”, so it is “very good news that there are projects in Extremadura and in Spain that allows us to develop our strategic autonomy”, he commented. In this sense, in relation to the project for the gigafactory of batteries in Navalmoral de la Mata, Calviño has insisted that the information he has is that “the investors have a very clear commitment to invest in Spain, and specifically in Extremadura”.

In addition, in reference to the works on the itinerary of the project to link Extremadura with the Valencian community by motorway, the vice-president has insisted that “the Government’s commitment to Extremadura is unprecedented” and this has been recognized by the Extremaduran president himself when he find, he said. “The complicity between the Government of Spain and the Junta de Extremadura is total,” she stressed.

His visit to the region is justified by receiving the Margarita Nelken Award, which granted for the first time by the Socialist Youth of Extremadurato recognize the struggle of women to achieve real equality between the sexes, and which is also received this Saturday by the former Deputy Secretary General of the PSOE Adriana Lastra, the former Vice President of the Government Carmen Calvo, the former MEP Elena Valenciano, and the first Secretary General of JJSS Extremadura and current deputy Soraya Vega.

Thus, when asked about the award she is going to receive this Saturday for her work as a woman, she assured that in Spain “we have come a long way for equality between men and womenbut there is still a long way to go, and I believe that women have the same capacity as men to succeed in any sector, to make our dreams come true, and we must not let anyone give you that message of, but where are you going or you can’t, but you have to have trust in ourselves and move on“.

Reyes Maroto is optimistic about the situation at the Volkswagen plant