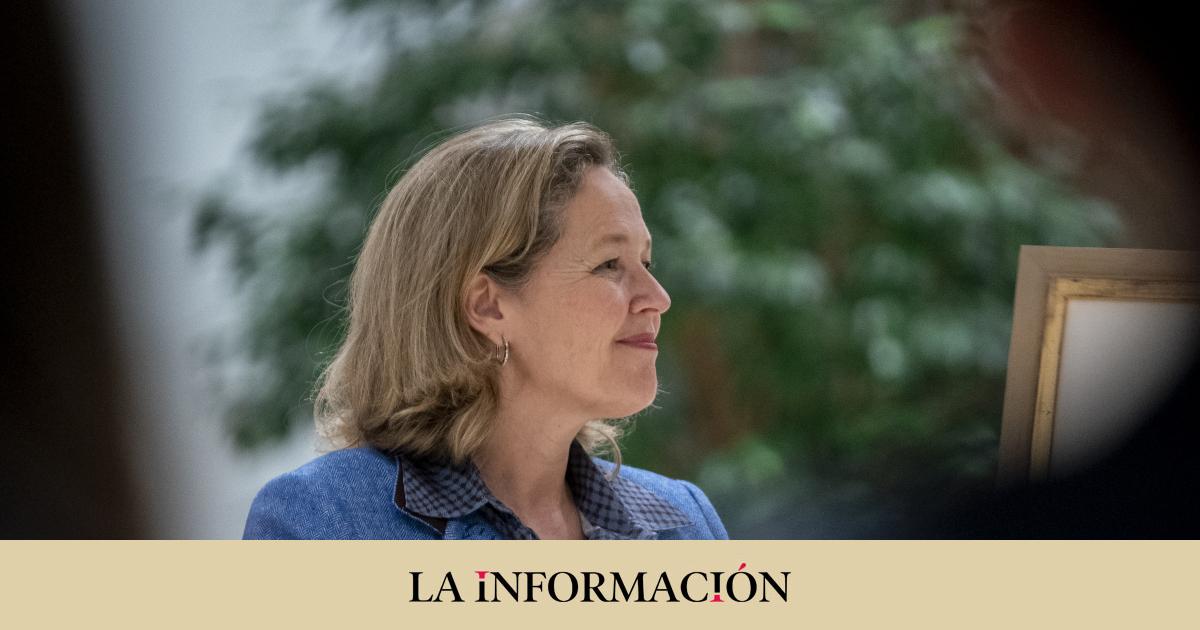 The First Vice President of the Government and Minister of Economic Affairs, Nadia Calviño, has been in favor of a rise in the interprofessional minimum wage (SMI) that has the support of both unions and employers. The ‘number two’ of the Government has emphasized that, although the SMI must rise from 1,000 euros gross in 14 current payments, Its increase must also be compatible with the fact that companies are also in a position to create employment and with the reduction of youth unemployment.

In an interview granted to the ‘Espejo Público’ program on Antena 3, Calviño has bet that if the increase is possible, it will have “the agreement of the social agents”. The Ministry of Labor plans to meet in the coming days with the social agents to address this matter that Vice President Yolanda Díaz intends to have closed before the end of the month so that it enters into force retroactively from January 1. Díaz is committed to increasing the minimum wage based on the “high range” that the committee of experts proposed at the time. These raised a fork between 1,046 and 1,082 euros. The employers would be willing to raise it up to 1,040 euros per month, while the unions demand a higher increase, reaching 1,100 euros per month.

Calviño has been in favor on numerous occasions of an “income pact” that redistributes efforts When it comes to assuming the cost of the effects of the war in Ukraine and high inflation, measures such as taxes on banks, energy companies or large fortunes are also included in this framework, which have caused discomfort among businessmen . Recently, the socialist wing of the Government is trying to build bridges with the companies to avoid “clashes” such as those that have caused the statements by the Minister of Social Rights and leader of Podemos, Ione Belarra, accusing the distribution companies of “filling up the pockets’ with the rise in the price of food, which his formation asks to bump into.

In relation to the increase in the price of the shopping basket, Vice President Calviño has stressed that the Government is “calling them (distribution companies) also to help contain the price of food.” As he has said, the evidence they have is that the measures that have been adopted -such as the VAT reduction- are indeed being transferred in the form of a moderation of the costs of the products and he has made it clear that the observatories are following this topic in detail.

Increase in oil and fuels

Upon the rise in fuel prices, Calviño recalled that the price of oil is increasing in international markets and “sooner or later it shows in retail prices.” He recalled that the general discount of 20 cents was widely criticized because it was not a discriminatory measure and because it could promote the opposite (an increase in the use of private vehicles that would not allow the necessary energy savings), for which he has has ruled out that generalized aid will be recovered and he has defended the effect that free transport passes does have in this sense. The bonus will be maintained in the first semester, but only for the most affected professional sectors.

Nadia Calviño has highlighted how inflation has moderated by five points in the last five months and the fact that “the Spanish economy is remaining very strong” despite the exceptional situation caused by the war in Ukraine. “We have already mobilized 45,000 million public resources” between tax cuts and direct aid to families and companies, he recalled, stressing that these measures are working because inflation has moderated and the economy and employment continue to grow in the midst of a context of strong uncertainty, although they do so at a slower rate. “We have to continue in that line”, she has settled her.

Regarding the fact that the International Monetary Fund and other organizations have lowered the outlook for Spain this year and place it at practically half of the Government’s estimate (2.1% shown in the latest macroeconomic table), the vice-president has had an impact on We must be very careful with economic forecasts. She also recalled that the GDP advanced significantly last year. The Executive calculates that it did above 5%, although the percentage will be confirmed next Friday with the first preview of the National Accounts data by the National Institute of Statistics. This increase in activity allows “to enter 2023 with force”, he pointed out.

It has also had an impact that the Government is not considering modifying the economic forecasts, given that the income prospects have been exceeded. In relation to the renewed interest of international investors in our country, Calviño has assured that “We are going to continue to have positive announcements, billion-dollar investments that create jobs”. The vice president assures that she is in constant contact with foreign investors and that they all convey their confidence in our country.