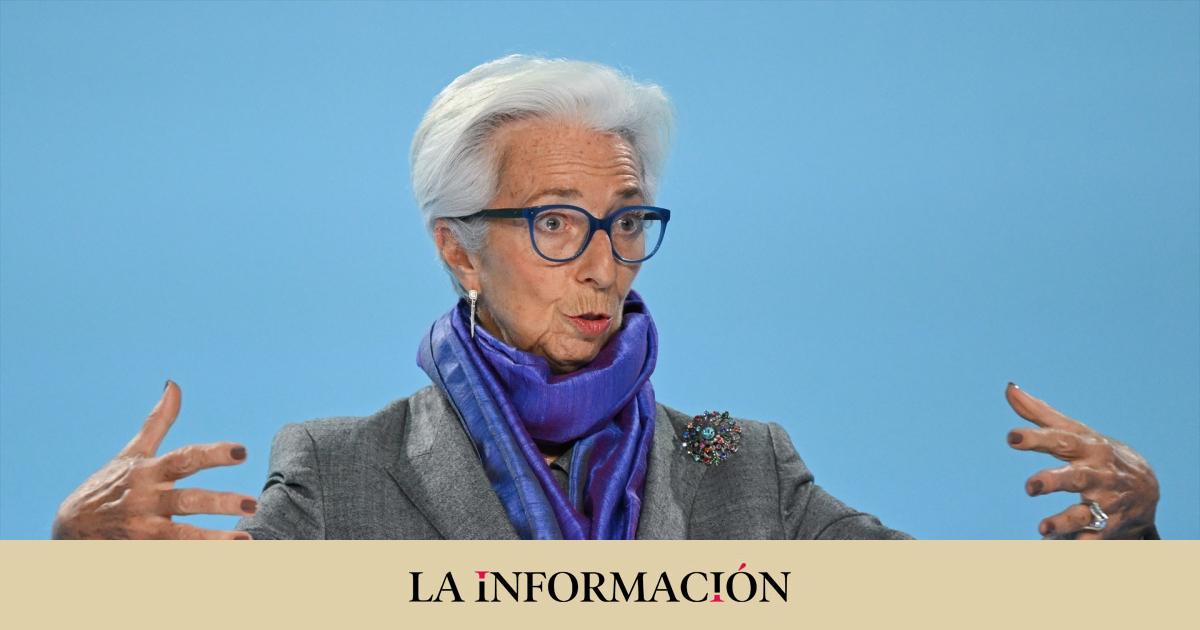 The prospects for employers for the first quarter of 2022 are positive. This Wednesday the analysis of the Munich Institute for Economic Research (Ifo) which improves the forecasts by two points compared to those released in December. The index prepared by the German institute stands at 90.2, which marks the best data since June. An impulse that is in line with the forecasts released in Spain, given that the INE’s Harmonized Business Confidence Index has estimated that the economy will grow by 1.4% in the next three months compared to the result of the fourth quarter of 2022.

This horizon is especially hopeful in a context marked by the decision of the European Central Bank to continue raising interest rates until inflation falls below 2%. The normalization of monetary policy has managed to raise rates by 250 basis points in less than a year, which has meant an added challenge for the national economies, but which the president of the ECB, Christine Lagarde, has considered essential to stop the general rise in prices caused by the energy crisis.

Precisely, Germany is one of the countries that has been hardest hit by inflation. the german economy closed December with a moderation of the CPI data, since it stood at 7.9% after reaching 10% in November. However, as in Spain, the underlying inflation data does not let up and in the case of the country ‘led’ by Olaf Scholz it borders on two figures. Although the outlook for the industrial sector has especially improved in both countries, both the German and Spanish institutes have raised confidence in the sector by three and a half points.

Another positive sign for the first quarter is that employment has not suffered. In Germany, the number of people who had an employment contract at the end of the year was a record and exceeded pre-pandemic levels, bringing together more than 45 million workers. While in the last month of 2022, in Spain the labor market added 12,640 employees, after growing by close to half a million throughout the year. A phenomenon that It has also occurred in the United States that created 223,000 jobs in December despite rate hikes dictated by the Federal Reserve.

Although these perspectives contrast with those launched by the International Monetary Fund, which announced at the beginning of the month that a third of the world economy would go into recession, which included half of the European Union. The IMF alluded to the humanitarian crisis unleashed by the conflict in Ukraine and the “severely impacted” financial situation that the war had left. The Fund’s director, Kristalina Georgieva, noted that the effects were translating into negative trends globally, with a particular impact on developing sectors and emerging markets.

Specifically, the IMF has lowered the growth outlook for Spain to 1.1% for 2023. However, the Minister for Economic Affairs and Digital Transformation, Nadia Calviño, has ruled out updating the forecasts in an interview granted this Wednesday to ‘Espejo Público’. The vice-president has indicated that income prospects have been exceeded and that “we are going to continue to have positive announcements and multimillion-dollar investments”, after verifying that foreign investors have great confidence in our country.