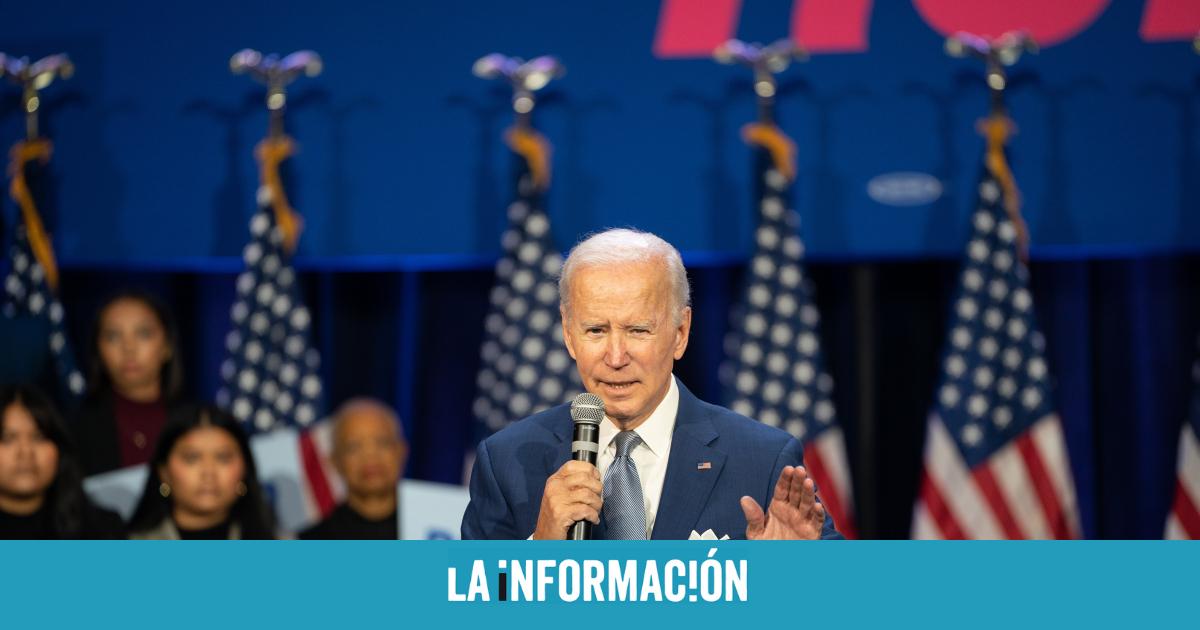 The US president, Joe Biden, draws on strategic oil reserves and orders the release of 15 million barrels of crude oil to calm gasoline prices, after the production cuts announced by OPEC+ and less than a month before the legislative elections . In a speech at the White House, the president pointed to Russia as the main culprit for the rise in fuel prices due to the war in Ukraine and, although he acknowledges that prices have fallen in recent months, he considers that they are not falling enough.

“This announcement serves to continue to stabilize the markets and to lower prices at a time when the actions of other countries have caused this volatility,” Biden said, referring to the OPEC + countries, but without even mentioning the oil alliance. OPEC+, led by Russia and Saudi Arabia, has announced a cut of two million barrels per day in world oil production, which caused a rise in the average price of gasoline in the USwhich has been falling in recent days and currently stands at 1.02 dollars per liter.

According to the White House, the 15 million barrels will reach the market in December and will be released at a rate of 500,000 per day. This latest oil sale forms part of the package of 180 million barrels that, in March, Biden promised that he would gradually put on the markets to lower prices, in what represented a record release of oil by Washington. Since the initially authorized quantity has already been exhausted, the president opened the door to future oil injections in the markets, but did not offer details on the amounts or dates that it is considering.

Reserves are at 40-year lows

As Biden acknowledges, the large release of oil in so few months has caused US strategic reserves to be at their lowest levels since 1984. Specifically, there are currently some 400 million barrels of oil in the country’s strategic reserves, located in great caverns underground in the coast of the Gulf of Mexico. Those reserves were created in 1975 after the Arab embargo pushed up prices and have been used to increase oil supply during wars or natural disasters ever since. Biden announced that his government will replenish that oil, but only when the price per barrel is below $70. The price is currently at $85.55according to the Texas Intermediate Oil (WTI), a reference indicator in the United States.

Minutes after the announcement, several Republicans – including members of congressional energy committees – criticized Biden for ordering the release of oil on the eve of the November 8 election and at a time when polls show the economy It is one of the issues that most concerns Americans. Asked about it, he stated that his announcement “does not respond to political motives” and it is included in the efforts that your Government has made in recent months to lower prices. “The problem is that these guys (the Republicans) are asleep. I don’t know where they’ve been,” mocked the president, who at the same time insisted that his policies seek to help American families who are already suffering from rising inflation. seen in four decades.

In addition to picking on Republicans, Biden has lashed out at US oil majors, accusing them of keeping production low to boost profits. Specifically, he scolded the oil companies for buying back their stocks to near-record levels to boost the profits of its investors and questioned the morality of that decision in the midst of the war in Ukraine. “They shouldn’t do it now, no, not while the war is going on,” he added.

Finally, Biden believes that increasing oil production should not delay the transition to clean energy. To that end, in another speech, he has announced aid for $2.8 billion worth to strengthen the domestic production of lithium and other key minerals used in the manufacture of electric vehicles, solar panels and other renewable energies. Biden has drawn criticism from environmental groups for having continued to bet on fossil fuels instead of radically transforming the US energy model.