Belarra proposes a guaranteed monthly income of between 700 and 1,400 euros 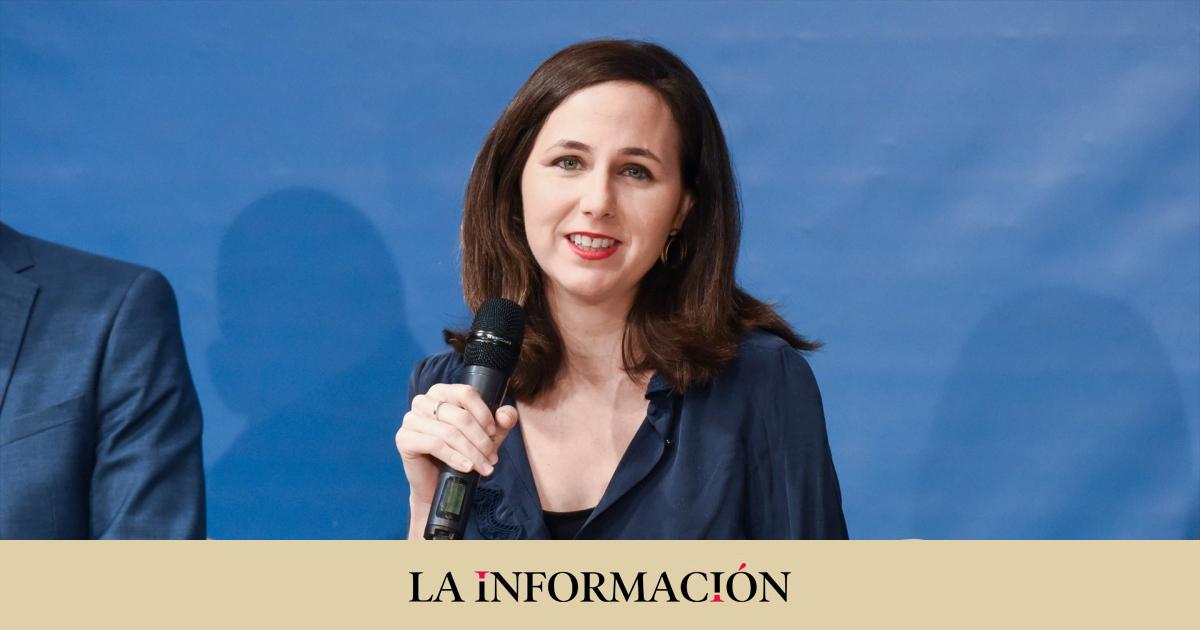 This Saturday has been the starting gun in the electoral pre-campaign on May 28 for the majority of political formations. In the case of Podemos, its leader and Minister of Social Rights, Ione Belarra, has taken advantage of this first meeting and launched the guaranteed minimum income proposal. Acclaimed as one of the main assets of the ‘home’ formation in these new elections, consisting of a monthly aid of 700 and 1,400 euros from the age of majority, that is, 18 years of age, for all those who enter less than 2,100 euros in a period of three months.

In addition, he has defended during a party act in Madrid its viability for the next legislature because It would be financed with a tax reform for large incomes. Specifically, the head of Social Rights has explained that this income wants to exceed the framework of the Minimum Vital Income (IMV), an advance that Podemos “fought”, but that it is not enough because it has “become a bureaucratic labyrinth”. Thus, the idea, as she has explained, is to obtain an agile amount that would grant 700 euros for a single person, while a household with two adults and two children would receive that ceiling of 1,400 euros per month.

The calculations of Podemos is that this income would reach 2.4 million households (6 million people as beneficiaries) to avoid situations of sudden poverty, thus favoring the autonomy of young people and women, given that in Belarra’s opinion in Spain there are still situations of “economic violence” against them by suffering control of their income at home.

This was stated during an act in Madrid called ‘Living, not surviving’, with which the pre-campaign for the May elections begins to present one of the Podemos star proposals facing the next electoral cycle together with the Secretary of State for Social Rights and financial manager of training, Nacho Álvarez, and the candidate of United We Can for the Presidency of the Community of Madrid, Alejandra Jacinto.

The PSOE shies away from confronting the powerful

During her speech, the leader of Podemos has denounced that, since the inauguration of the coalition Executive, a “judicial, political and economic” elite has deployed “all its resources” to prevent them from governing, with even a “soft blow” to democracy by the conservative wing of the Constitutional Court, now “finally renewed”.

Therefore, and to the cry of ‘yes we can’ by the attendees, Belarra has promised that Podemos will continue to govern the next legislature and even with “more force”, given that up to now the PSOE has made a “string of excuses” for advances such as the gas cap or the Trans Law, alleging first that they were “impossible”, that they did not provide “legal certainty” or that “Europe did not allow” for then be assumed by your partner.

At this point, you’ve thrown that this is happening because the PSOE is a “conservative” force, not from the “pejorative” sense, within the progressive plane, which only wants small changes in the country and “does not want to face those who rule without running for election.” Meanwhile, the three years in office have shown that Podemos promotes policies “brave and ambitious” in the coalition.

Fraud is carried out by the “rich”

Given this drift, Belarra has stressed that Podemos stars in the main advances and, therefore, they present a guaranteed income with an approach that would guarantee its “quick” receipt to end poverty, because their future objective is for it to be “universal”.

It has also advanced, before possible detractors of this aid, that the “fraud” in Spain is in the rich, who “don’t pay taxes” that they should, and that the guaranteed income is directed to broad humble popular sectors, people who “only inherit debts”, with “a precarious job” or who set up “a business and it is doing badly”. In short, ensuring that everyone has the “right to be able to fall and get up.”

To launch the guaranteed income measure, they have had the participation of experts from the academic world and civil society, such as the director of the Eguia-Careaga Foundation, Joseba Zalakain; the professor of Sociology at the Alcalá de Henares University, Ana Arriba; former vice president of the Government of Navarra and professor of Social Policy at the Public University of Navarra, Miguel Laparra, professor at the University of Barcelona, ​​Manuel Hendrickson, and researcher at the Autonomous University of Barcelona José Norega, all of whom are in favor of promoting this measure .

They have also attended prominent leaders of Podemos such as the Minister of Equality, Irene Montero, or the spokesperson for United We Can in Congress, Pablo Echenique, and the Organization Secretary, Lilith Verstrynge, among others.

For his part, Nacho Álvarez has claimed that Podemos was for the first time, in 2015, the party that first proposed the constitution of a guaranteed income to “consecrate” the right to an income floor for the population, since Spain was an “anomaly” compared to other neighboring countries because it did not have this aid mechanism.

And a first step in that direction has been the Minimum Vital Income in 2020, a benefit that is an advance and a “historic milestone” for the Government to “cover that gap” in the fight against poverty, but that has “obvious limitations”.

Therefore, it has defended that the provision they propose would be a “real employment incentive” to alleviate situations of low wages, especially to settle situations of social exclusion, as well as shielding an “inclusive” society model with a new social contract, against “ruthless individualism”.

Meanwhile, Alejandra Jacinto has proclaimed that the guaranteed minimum income will serve to “break the poverty trap“and avoid pernicious situations, as occurs in the Community of Madrid, by accusing the regional government of using the IMV to reduce resources that should be directed to the Minimum Insertion Income.

It has also defended that this aid, complementary to employment, can serve to change the rental paradigm and the difficulties of access to housinggiven that now the market conveys to the tenants that the high prices “are now lentils.”