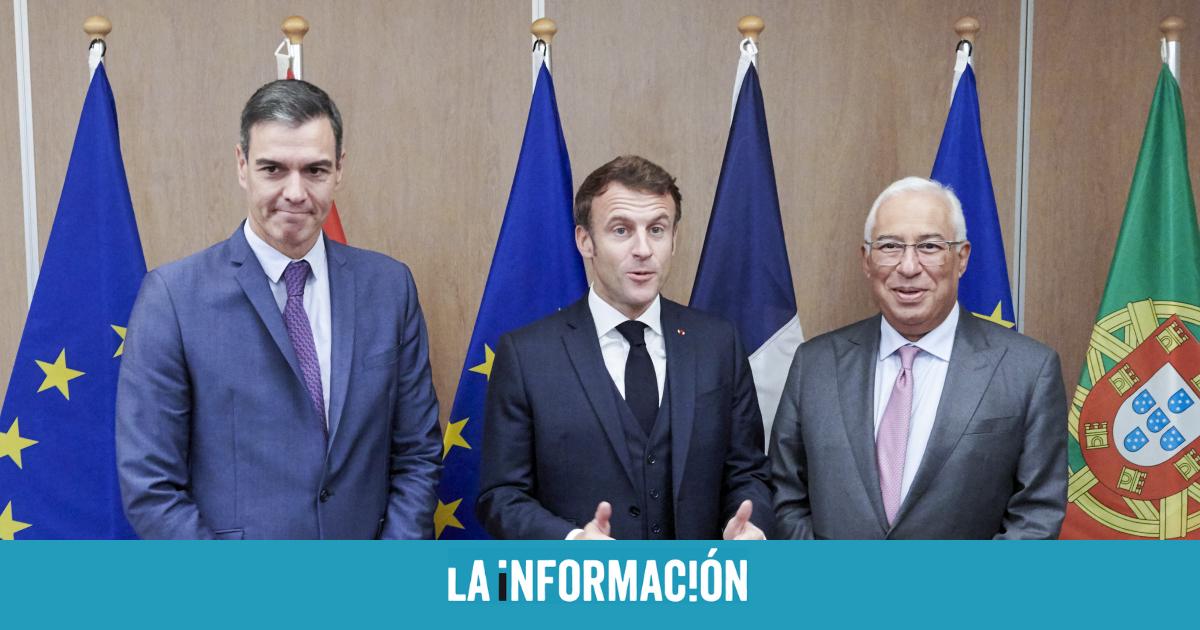 Faced with France’s refusal to promote MidCat, which planned a gas connection through the Catalan Pyrenees, the BarMar alternative has emerged unexpectedly, an underwater pipeline between Barcelona and Marseille (southeast France), with the agreement of the three countries involved and harmony between the Generalitat and the central government. The President of the Spanish Government, Pedro Sánchez; the French head of state, Emmanuel Macron, and the Portuguese prime minister, Antonio Costaclosed this Thursday in Brussels the agreement that must materialize this underwater conduit for initially transport gas and, in a few years, green hydrogen.

The three leaders reported that they will meet again in Alicante on December 9, coinciding with the Euro-Mediterranean summit to be held in that city, to decide on the calendar, funding sources and cost issues related to the execution of the BarMar. A few hours after the announcement, however, it is already beginning to glimpse what this future underwater conduit will be like.

It will be ready in five years, at least

The fact that a three-way agreement has been reached makes it easier for the technical work to start BarMar to start as soon as possible, but this will not prevent us from having to wait a few years for what is projected on paper to become a tangible reality. Spanish sources pointed out yesterday, after announcing the agreement, that in a term between 4 and 5 years the BarMar could already be built. The third vice president and minister for the Ecological Transition, Teresa Ribera, has specified this Friday that since this is a new design “logically it will take longer”: 5, 6 or 7 years, according to her initial calculations.

The Secretary of State for Energy, Sara Aagesen, has also explained that the Government hopes that the EU will finance the construction of this corridor in a “forceful” way since it is strategic for Europe and, therefore, susceptible to being included as a Project of Common Interest (PIC). On December 9, a further step will be taken to specify the “technical detail to be able to evaluate and have the definitive figures of how much it is going to cost and how much the EU is going to finance and how much the parties,” added Aagesen.

The Italian route is discarded

Faced with France’s refusal to bet on the MidCat, which also generated great social rejection in that country due to its environmental impact, an initial option that had been put on the table was to connect Barcelona with Livorno (Italy), also by submarine. But that submarine tube would be “more extensive and expensive”, so it is logical to prioritize a more “agile and logical” option such as that of the BarMar: “The alternative was that it be Livorno, but it is very reasonable that it be Marseille”, he has resolved Riverbank.

The commitment to BarMar also has a Catalan reading, and this is a project that is well seen by the Generalitat, since the Catalan president, Pere Aragonès, has already shown all his “complicity and support”, as well as his “willingness to collaborate” with the parties involved so that Catalonia is “a (green) hydrogen energy ‘hub’ in Europe”. The same has not happened with other renowned projects such as the failed expansion of El Prat Airport or the eternal controversy surrounding the Rodalies service. An example of the good harmony between governments on this matter is that Ribera, as she herself explained, reported the agreement to Aragonès before it was made public.