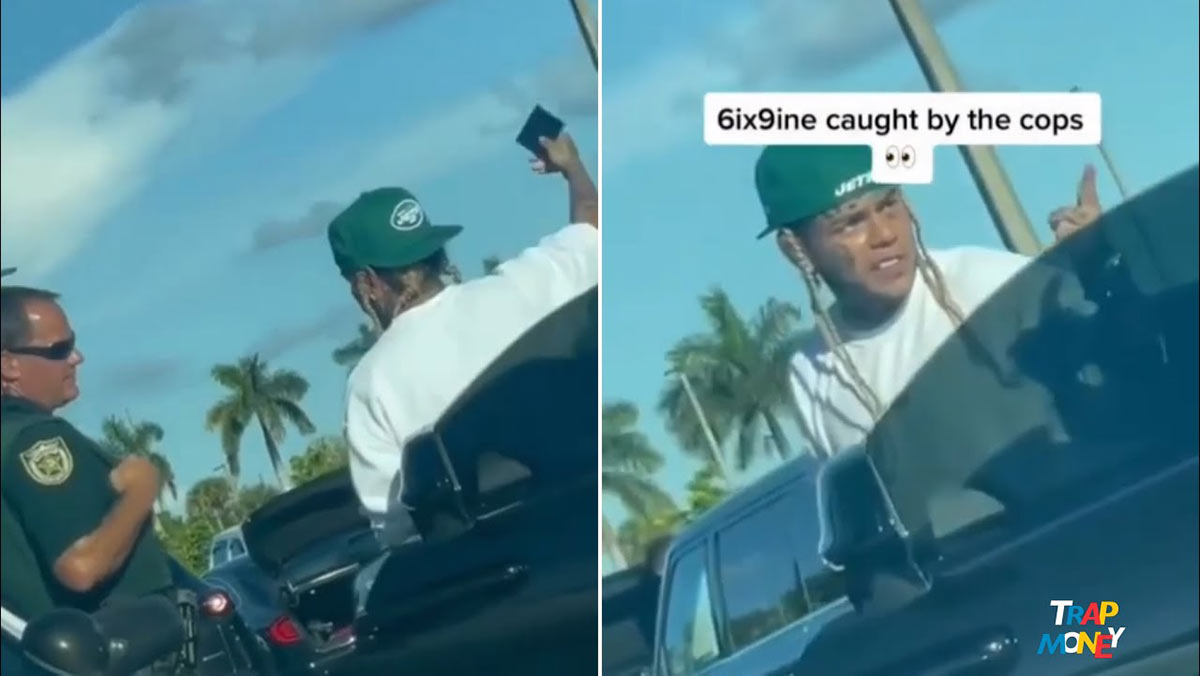 According to a recent video, rapper Tekashi 6ix9ine was seen having a conversation with a police officer.

Tekashi 6ix9ine spoke with the police

Although, a passer-by filmed the clip in what appears to be a parking lot.

However, based on the video, it does not appear that law enforcement officers are arresting the 26-year-old rapper.

Additionally, 6ix9ine whose real name is Daniel Hernandez appears to be chatting with the police in the video. He also stopped for a few moments to point out some directions.

Despite the caption of the video, ‘6ix9ine arrested by the police,’ there is no concrete evidence that the Brooklyn rapper is being detained or arrested.

Also, 6ix9ine is laying low right now. He was trapped in a South Florida gas station without his guards in June. When the store staff asked who he was, the TattleTales rapper replied by saying, ‘Lil Pump.’

As for his music, Gummo has been silent for a long time. In April he released his single ‘Gine.’ It was his first since 2020.

Fans react to Tekashi 6ix9ine appearing in the video

Fans took to social media to share their thoughts on Tekashi 6ix9ine’s new video. They spoke to consider the rapper’s relationship with law enforcement.

One fan wrote in the comment section ‘You see him tagging him snitting fr.’

While another said, ‘It’s working Bro,’ they said and included a crying emoji.

Also, another person joked, ‘He was like ‘hey bro call FBI agent jimmy he knows me’ and he tells you to let me go.’

Tekashi 6ix9ine’s girlfriend was arrested for beating him up

Tekashi 6ix9ine made headlines last month when it was reported that his girlfriend, Rachel Wattley assaulted him during an argument at a Miami restaurant.

However, Wattley was booked on aggravated battery charges earlier Monday.

However, it was recently reported that Wattley had been served with a massive restraining order not to contact 6ix9ine.

According to reports, this includes all forms of remote contact such as phone calls, texts, letters, and social media. It also said Wattley had to stay 500 meters away from the Brooklyn rapper.

Ricky Martin files a $20M lawsuit against his nephew